Olive and Hugo had their puppies on Sunday!  Four of them!  Three girls, one boy.  Everybody was very excited.  They’re 2.5 ounces each and one of them is 3 ounces.  They’re about the size of an iPod nano or a nailpolish bottle.  They could fit into my pocket.

Olive is a very good mother.  She won’t let Hugo near her or the pups (for whatever reason) and she’s very attentive to them.  If you pick one of them up she watches you as though she’s thinking “where do you think you’re going with that?”

What exciting times.  Here are some pictures that I took on my Blackberry (also new since Saturday!  More on that later).  These pictures were taken Monday when the puppies were only a day old.  They still haven’t opened their eyes.  They sound like little whistles when they whine.  They squirm around and are absolutely adorable! Olive (who is 3 lbs) looks HUGE next to them!  🙂

Olive and her 4 puppies 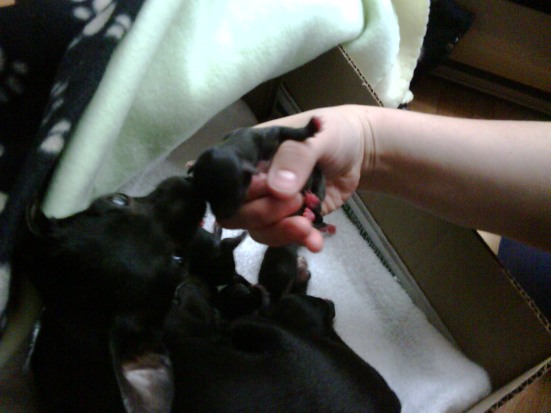 Olive watches Marla as she holds one of the puppies 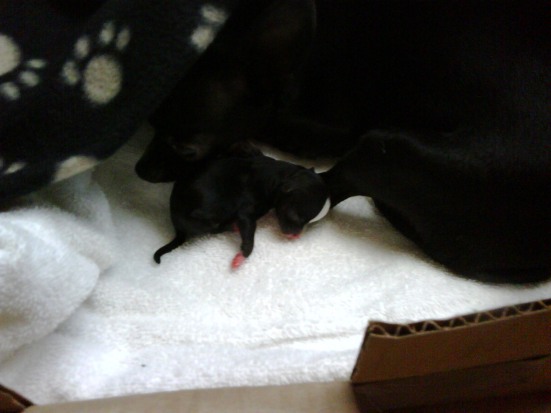 This puppy is the first one I saw. I love her!