Merry Christmas! I’ve been trying to finish my race recaps before the end of the year. In honour of Christmas, I wanted to recap my second last race of 2015.

A few weeks ago, Dan, Jen and I ran the Santa Shuffle 5k in Sunnybrook Park. The last time we ran this 5k, Jen and Jeff’s son Tyler was only a few months old. Now he’s three and a big brother! Time flies but it flies even more when there are kids around. They grow so fast.

Dan and I got to Sunnybrook Park a few hours before the race started so that we could get a good parking spot and enjoy some hot chocolate. The race site was really well organized. It’s an untimed 5k fun run with proceeds going to the Salvation Army. They had complimentary hot chocolate (with marshmallows!), free Ferrero Rocher chocolate, a warming tent (this was the best thing ever!), colouring stations for kids, face painting stations and tons of food (Krispy Kreme doughnuts, hot dogs and hamburgers after the race etc.). Santa Claus and one of his reindeer also made an appearance. 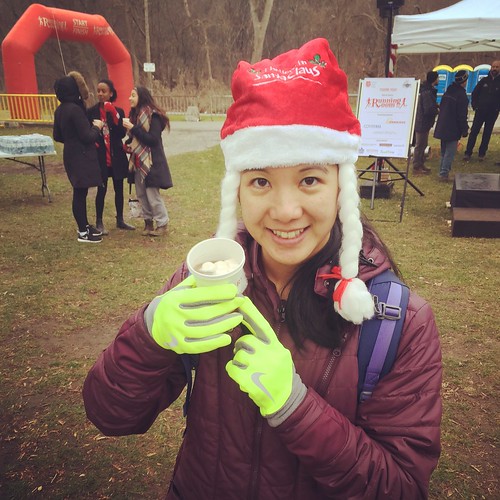 With my hot chocolate and marshmallows before the start of the race. 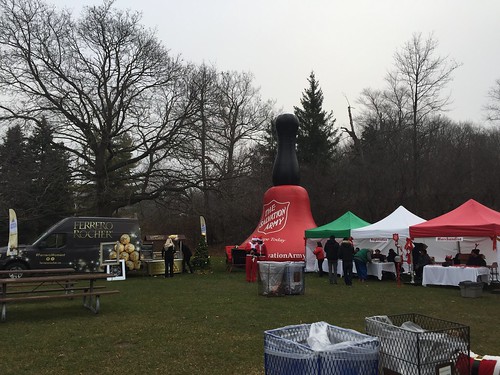 We got to the race really early! Later this whole area was full. 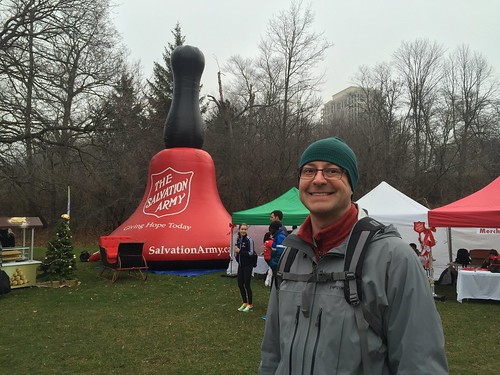 Dan at the Santa Shuffle. Proceeds went to The Salvation Army. 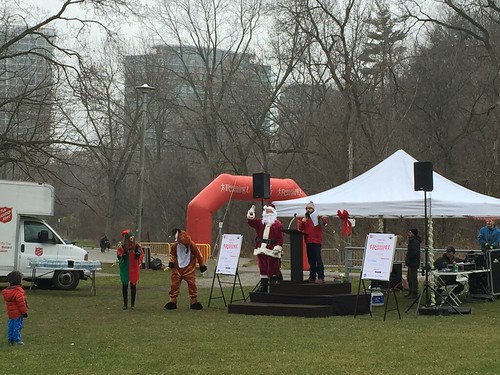 Santa, a reindeer and an elf. They danced a lot.

The weather has been so mild this year that I was able to run without a jacket. Dan opted for shorts and compression tights because he wanted to run fast. I didn’t see the point in running fast if there was no chip timing. Also, I was running the Tannenbaum 10k the next day and I wanted to run this 5k with Jen, who is just coming back to running after having her second baby.

We met up with Jen, Jeff, Tyler and Victoria. Poor Tyler was grumpy and took a while to get more into the Christmas spirit. He had some hot chocolate, got his face painted and a balloon animal (it was a dog, but because of the cold eventually just turned back into a long balloon). 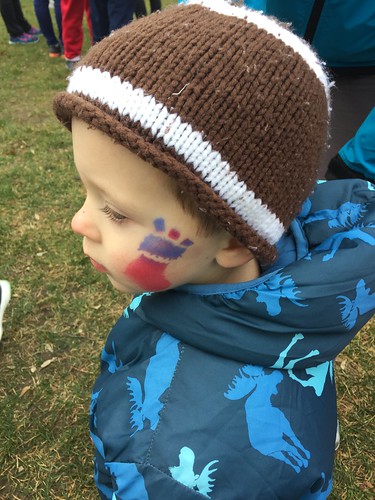 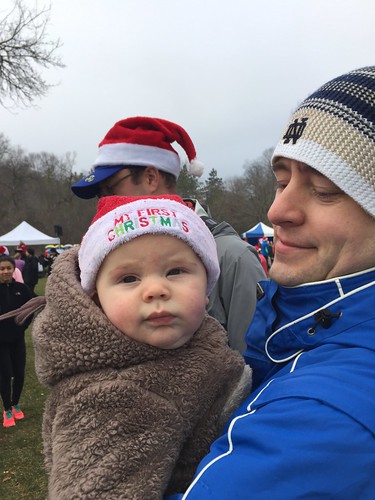 Victoria and Jeff. Tyler was a little younger than Victoria the last time we ran this race. 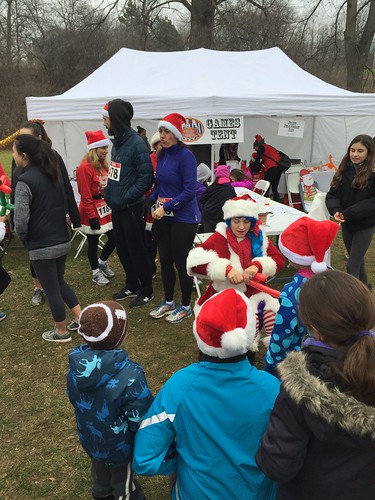 Tyler waiting for a balloon animal.

When we were warming up I was doing some squats and said to Tyler “Isn’t this fun? Look I’m the same height as you!” and he just stood there shaking his head at me. I started laughing and said “Are you seriously shaking your head at me?!” He continued to shake his head at me, disapprovingly.

We lined up at the start line and then we were off. Jen didn’t really run leading up to the race but she did really well. We ran and talked for the entire 5k race and finished in about 35 minutes, which isn’t bad at all for someone coming back to running who hasn’t really trained. Also the announcer let us know that the race course was really 5.2 kms instead of just 5 k. Dan finished in about 25 minutes. When we crossed the finish line we high fived Santa and somebody presented us each with a Ferrero Rocher. Yum! 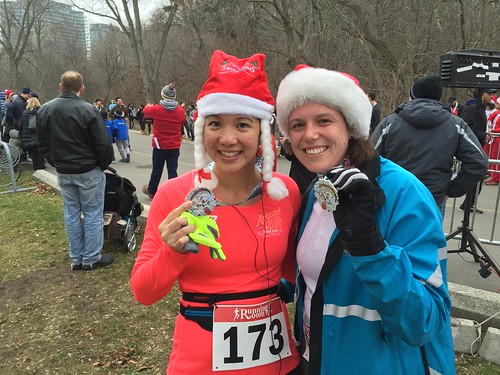 Jen and I with our medals after finishing the run.

Afterwards we had some food but couldn’t stay for too long. It turns out I had a dentist appointment (I found out the day before at about 4 p.m.) so we had to go. Overall it was a lot of fun and I’m glad we were able to do this again. It’s a fun race for a good cause, very well organized and has amazing volunteers. It’s also a Canada-wide race, so I know of others who ran the Santa Shuffle in Newmarket, Guelph and Calgary to name a few. 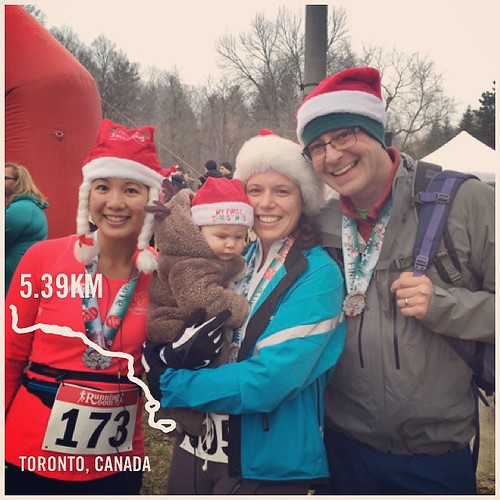 It was also a fun way to start getting into the holiday spirit. Merry Christmas!