Happy New Year’s Eve! This will be my last recap on my favourite new year’s memories for now. I have more that I will share with you next year. Dan and I had originally planned to spend New Year’s Eve in 2012 in Taiwan but the hotel rooms didn’t work out. Instead, we rang in the new year by Victoria Harbour in Hong Kong. Before heading out to Tsim Sha Tsui (located on the Kowloon side of Victoria Harbour) we stopped at the IFC Mall for dinner at Crystal Jade La Mian Xiao Long Bao. We opted for Crystal Jade since most of the restaurants were full and they don’t take reservations. Instead, they have a number system so we knew that the wait wouldn’t be ridiculously long. While we waited I saw a woman with her luggage who was in Hong Kong on a layover on her way home from Korea. She was talking to some friends of friends who had met up with her for New Year’s dinner since she had a 6 hour layover. We like to people watch and couldn’t help but overhear her interesting story. 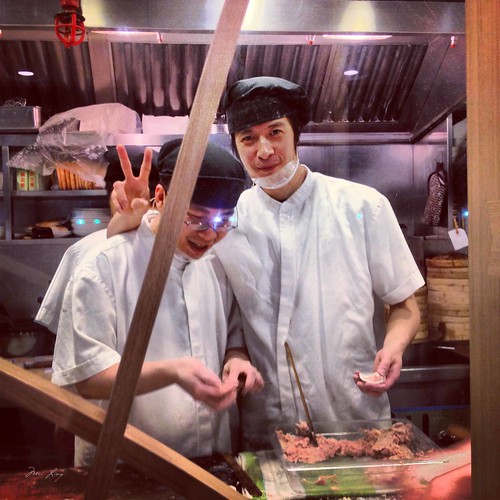 You can see them making xiao long bao through the window at Crystal Jade. I tried to take a picture of them in action but they stopped and posed. Very nice and friendly! 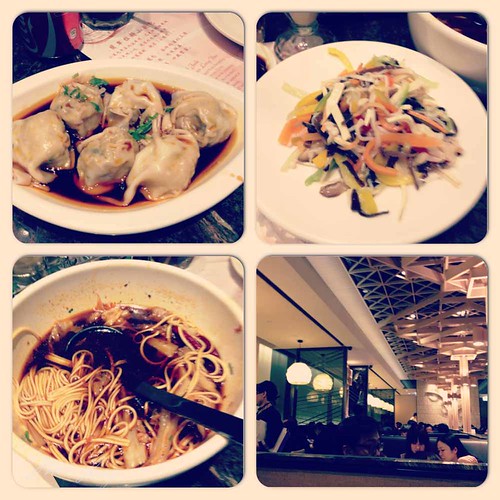 After dinner we took the ferry across to the Kowloon side of Victoria Harbour. Our ferry was called Twinkling Star. 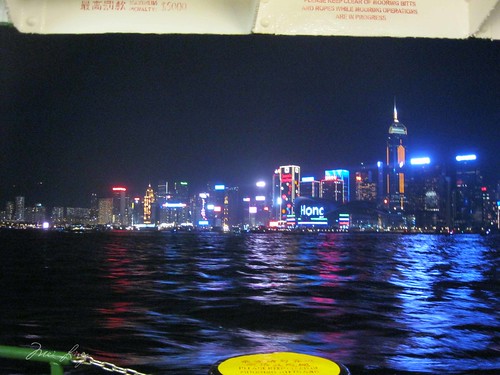 View from the ferry.

Our original plan was to walk over to Avenue of the Stars but by this point the boardwalk was already overflowing with people. We walked over and managed to find a spot by the pier. It was so crowded that after a few hours (and feeling like we were too old for this) I asked Dan “Do you want to leave?” and he said “How are we supposed to get out here? There’s nowhere to move.” So we ended up staying. Fortunately I’m considered tall for a Chinese person and at 6’2” Dan is a giant in Hong Kong. The crowds pushed and we were able to push back, while still looking over the tops of the heads of everybody around us. There was a couple in front of us who brought their 18-month-old baby with them and took up quite a bit of room with their stroller. I’m not sure what they were thinking, but they were brave. Every time people pushed them back the father would yell in Cantonese “There’s a stroller here! There’s a stroller here!” Every once in a while there would be a low rumbling from the crowd around us and suddenly everybody would smush together so we had to brace ourselves for the onslaught. One of the couples near us left after a while because they said it was too crazy. 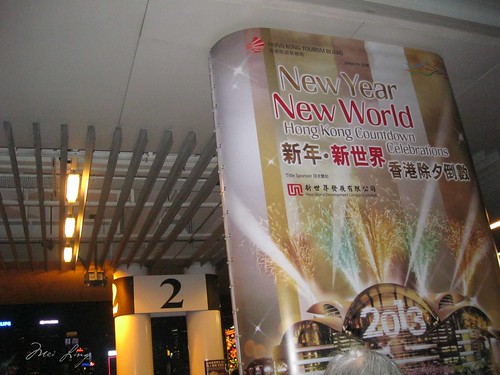 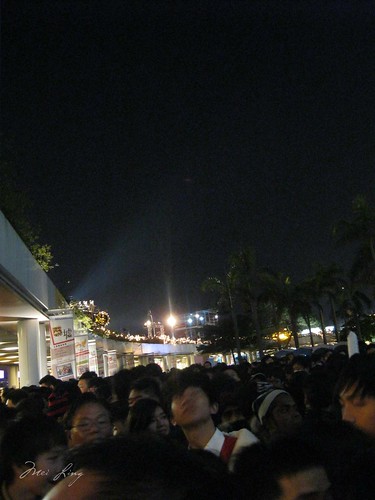 I wasn’t joking about the crowds. 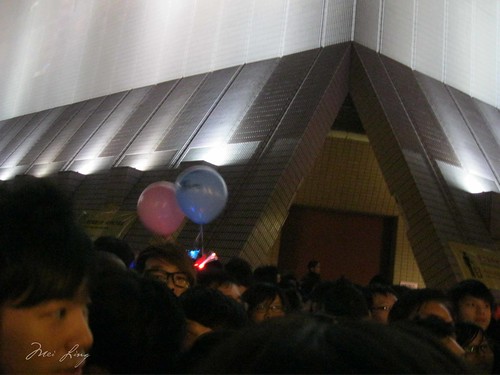 More crowds. The balloons say “Free Hugs.” I would have taken a free hug if I could have gotten to them! 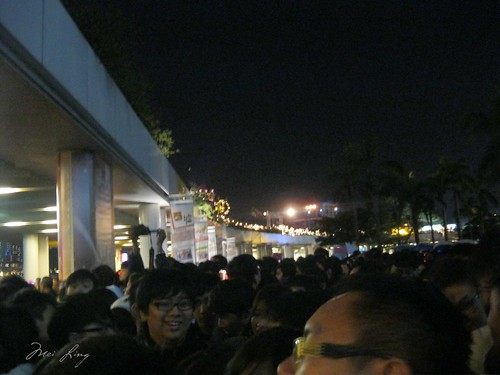 Not for the claustrophobic.

As it neared midnight the live entertainment started. They were above us but we could see it projected on a nearby building. They were famous Hong Kong singers and opened the show by dancing the Korean song Gangnam Style by PSY (As you may remember Gangnam Style was huge in 2012). 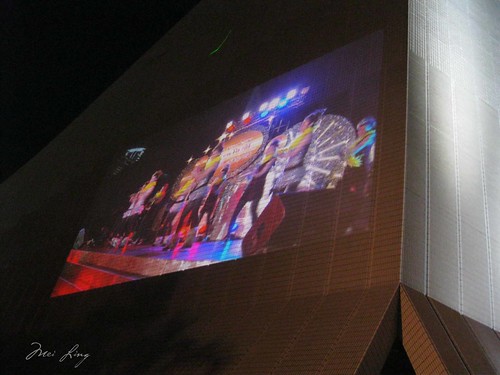 Finally it was time and we counted down in Cantonese before ushering 2013. The fireworks were spectacular and we discovered that the spot we had gotten stuck at (because of the crowd) had an excellent view. Hong Kong definitely knows how to put on a good fireworks show and this was definitely a New Year’s Eve to remember. 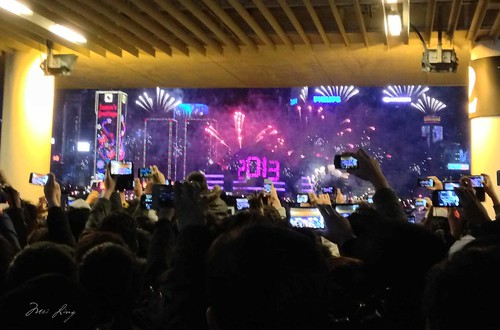 Amazing fireworks and not a bad view either! 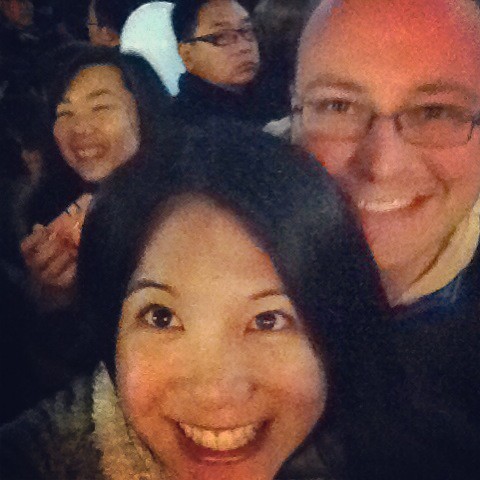 Dan and I on New Year’s Eve in Hong Kong. Even the stranger behind us smiled for the picture.

After the festivities the crowd walked away peacefully. We weren’t sure how it was going to be getting back to the MRT (the ferry had shut down by this point, probably a good idea given the number of drunk people). The police were out and there were barricades set up guiding people to the MRT stops. It was all very orderly and we eventually made it back to our hotel excited for the year ahead.

So whether you’re having a low key New Year’s Eve, or hanging out with a large crowd, watching fireworks or just staying in, Happy New Year! Bring on 2015.