I don’t write enough about Toronto even though I love to do touristy things here. I will try to capture more of that because I love Toronto and it really is a fun, vibrant city to live in (and to visit). Dan and I weren’t planning on doing anything for New Year’s Eve in 2011 because we had an early morning flight the next day to go to Orlando. This pained me slightly but I was at peace with our decision. At the last minute, our friends Leena and Shamor invited us to go to dinner with them and a few friends. They had made early dinner reservations at the CN Tower so we decided to go. I love the CN Tower and seeing it in the Toronto skyline. It represents home to me and, depending on where I am, I use it to help reorient myself when I emerge from the subway. It was also the first place I visited when I returned from Australia. We decided to take them up on their offer to go to dinner. After all, dinner was so early that we could go, celebrate early and then go home and get a good night’s sleep before our flight. That was the plan anyway.The best laid plans of mice and men often go awry… 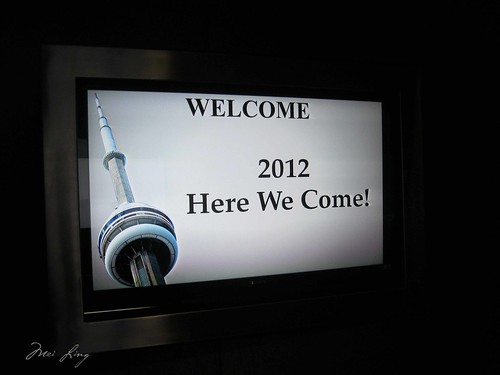 We ate our last dinner in 2011 at the revolving restaurant in the CN Tower.

Dinner was delicious and it was fun to spend our last night of 2011 overlooking the city that we all loved. The revolving restaurant was a lot of fun and we enjoyed the view. After dinner, we had complimentary tickets to go to the observation deck, so naturally we took advantage of that as well. 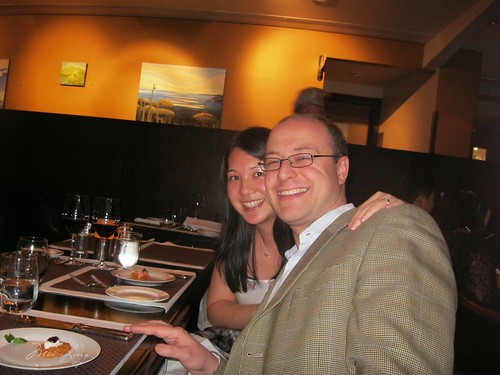 Dan and I at dinner at the 360 degree Restaurant. 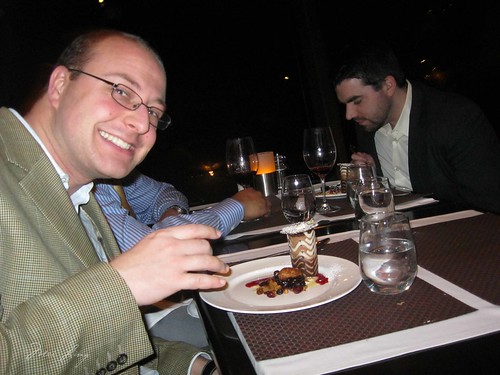 Dan with his dessert 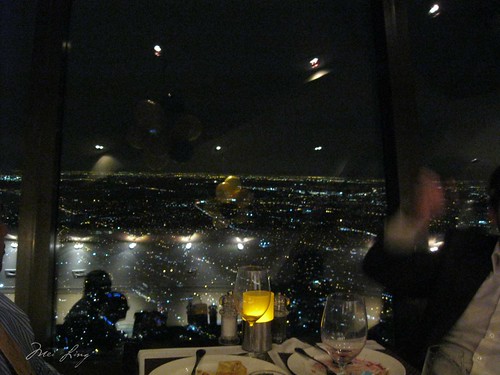 The view. I loved seeing the city as we ate. This was the best picture of it that I could take though. 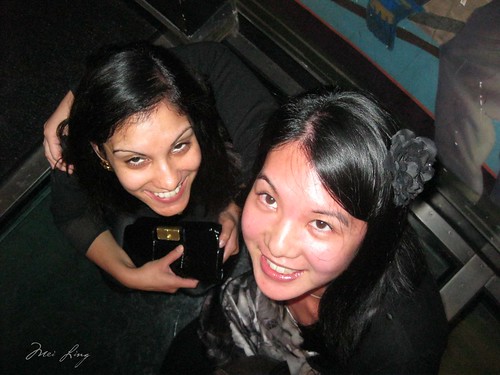 Leena and I on the glass floor in the CN Tower. 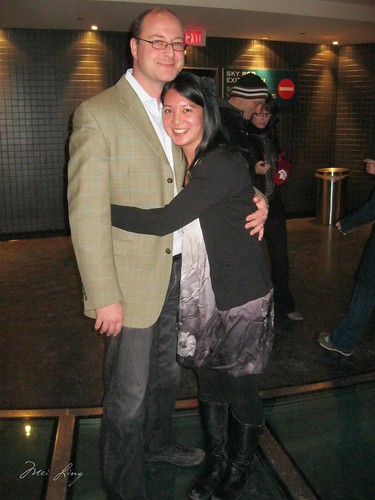 After dinner we went back to Leena and Shamor’s condo. Dan and I said that we were only going to stay for a few hours and then head home. Instead we ended up having drinks and playing multiple rounds of the game Bohnanza, We got so into it that we missed the countdown, so we had our own. We stayed much later than we intended to but it was a fun, low key get together and one of my most memorable New Year’s Eves. 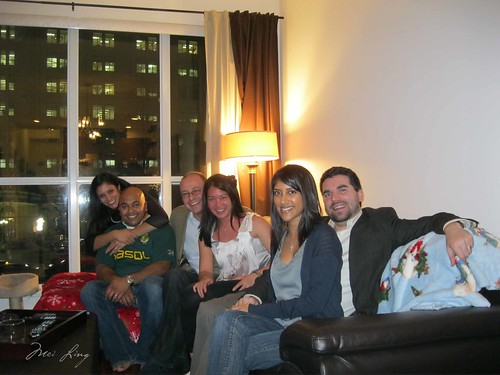 Leena and Shamor, Dan and I, and Melissa and Dave on New Year’s Eve. What a fun night!

This is also why we were so tired and our eyes were bloodshot on our first day in Orlando. It was worth it though. If I were to do it all over again I’d do it all the same.