I love New Year’s Eve. Whether I celebrate with a small group of friends, with just Dan or with a large crowd of strangers, there’s something about marking the end of one year and the beginning of another that appeals to me. I guess I love the symbolism and any excuse to wear party hats, watch fireworks and kiss at midnight. From now until New Year’s Eve I’m going to recap a few of my favourite New Year’s memories, starting with one from 2004. 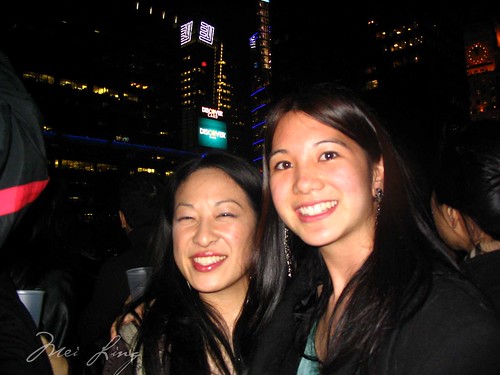 My cousin Lena and I on a rooftop by Times Square on New Year’s Eve in 2004.

Ten years ago I went on my first trip to New York City to stay with my cousin in Manhattan. It was 2004 and an extremely mild winter. At the time, my cousin lived right by Times Square (44th Street between Broadway and 6th Avenue), so she took advantage of her awesome location and had a party. 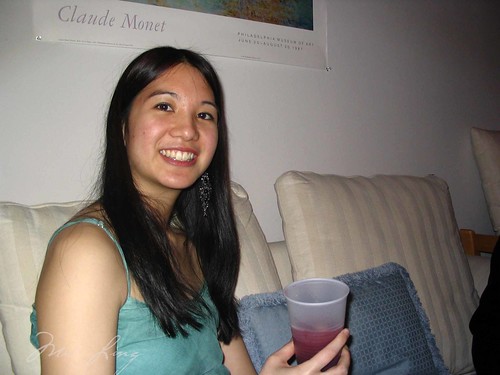 At Lena’s apartment having drinks before the countdown. Look at how young and cute I was 10 years ago.

We started the evening having drinks and snacks, laughing and chatting, as her friends slowly gathered. My cousin is four years older than me and they were a fun group. I also went down to the street to look at the crowds gathered behind the barricades. Because of where my cousin’s apartment was located, her street was blocked off and nobody could get in or out without showing proof that they lived there or knew somebody who lived in the area. 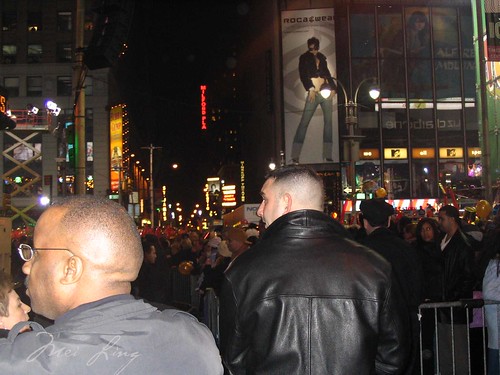 As the night progressed we eventually moved to the rooftop overlooking Times Square. I can still remember the live music and we caught the end of Hilary Duff’s set. It was all very exciting and you could feel the energy in the air, between the party on the roof and the massive crowds in the square below us. 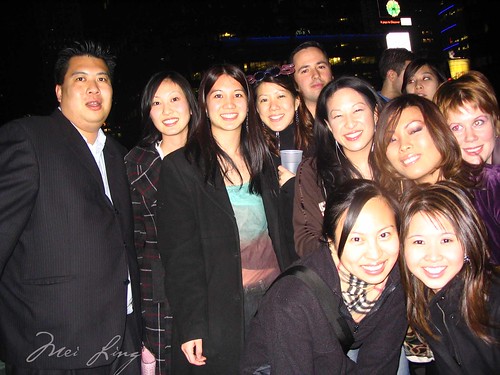 With Lena’s friends on the rooftop by Times Square.

I watched as the last few minutes of 2004 ticked away and then the moment we had all been waiting for, the countdown. I remember recording it with my camera and realizing that I didn’t want to look at it through my camera lens. I wanted to see it with my own eyes. So I still recorded it but that’s why my video is so wobbly. It was important to see it with my own eyes though (I can watch it on tv next time if I want to). I’d share the video but the quality is really poor. It was a 3.2 megapixel camera, which was good enough for me back then but now a lower quality than the camera on my iPhone. This was 2004 after all. 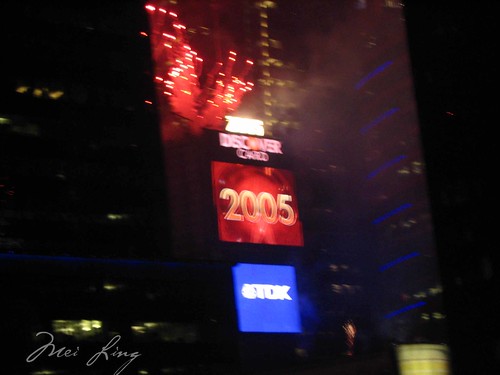 We counted down and then cheered “Happy New Year!”. It was magical to watch the ball drop in Times Square and see the hoards of people cheering, kissing and hugging. I hugged everyone around me and we stood on the roof for several minutes afterwards basking in the glow of the 2005 screen, and the start of another year. 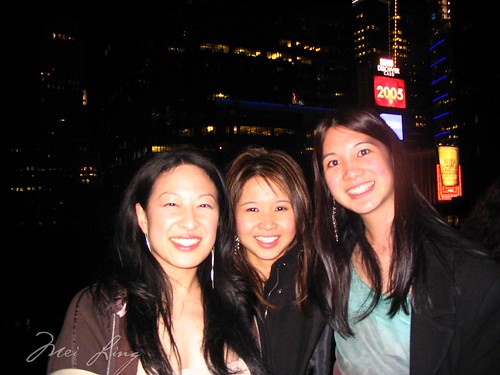 Lena and I with one of her friends on New Year’s Eve.

After the countdown, my cousin’s friends took me on a walk through Times Square where we gawked at all of the confetti, noise makers etc. strewn on the ground (It was all cleaned up the next morning with barely a sign of what had taken place the night before). We went to White Castle, which I’d never been to, and that was the first thing I ate in 2005. 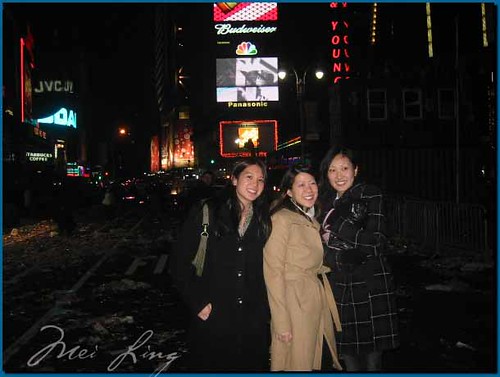 Times Square in the aftermath of New Year’s Eve. This was all cleaned up by the next morning. 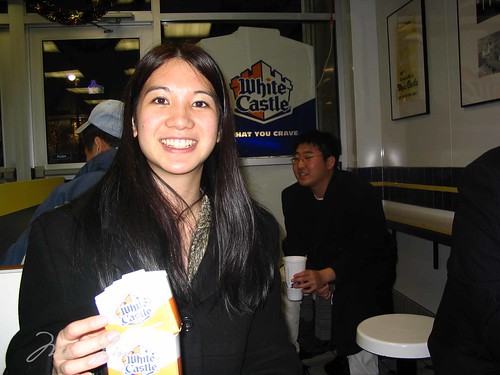 White Castle was the first thing I ate in 2005. I’ve never had it again.

It was a memorable New Year’s Eve and first trip to New York. I can’t believe that it was ten years ago. Hopefully 2015 is as good to me as 2005 was. I’ll share more New Year’s Eve travel memories leading up to the big day. Stay tuned!